Back British Sugar:The Latest Blog from our MD

I’m immensely proud to be part of what I feel is an iconic British industry. But I’ve always been struck by how few people are aware of the British beet sugar industry outside of our core grower areas across the East of England. This is despite the fact we’re a British success story operating on the global stage. Thanks to polling we commissioned in May last year we realised that 6 out of 10 people in the UK did not know that sugar is grown here. We clearly needed to get much better at telling our story.

This is particularly important as we, as an industry, are facing a period of almost unprecedented change. October 2017 saw the removal of EU quotas on sugar sales for the first time since 1968, and we’re just over a year away from the UK leaving the EU, with further potential implications for the industry.

It is for these reasons that we decided to launch the Back British Sugar campaign.

There’s a lot we want to shout about. Our industry is based on a remarkable and long-standing close relationship between industry and our growers. We work with 3,500 growers across East Anglia and the East Midlands. We support 9,500 jobs across our supply chain, working with 7,000 different businesses. We’re one of the most efficient producers of sugar in the world, and our processes create virtually zero waste. By-products from sugar production include energy – British Sugar produces enough electricity to power 120,000 homes, a city the size of Peterborough, with our combined heat and power plants. We also produce animal feed from beet, and our topsoil was used to landscape the Chelsea Flower Show and the 2012 Olympic Park.

We’re constantly innovating and investing, to improve crop yields, efficiency and productivity. And we’re proud that we’re not only producing sugar that is then consumed here in the UK, but increasingly taking sugar beet grown on farms in the UK, processing it, and selling it on the world market, with East of England-produced sugar appearing in products around the world.

Put simply, this is an industry that matters. Not just to the people and communities involved across the East of England, but to the UK as a whole as it looks ahead to Brexit.

All we’re asking for from Government is a level playing field, to enable us to continue to compete with other sugar producers across the world. If the EU introduces tariffs on British sugar exports to the EU after Brexit, we’d expect the UK Government to match these tariffs. We also believe that the Government should not sacrifice the structure of sugar tariffs unilaterally as we pursue free trade agreements, as this would benefit state subsidised foreign cane sugar at the expense of homegrown sugar. Give us a level playing field and we can compete with anyone.

We appreciate all the support we’ve had so far, and as Brexit discussions continue, we encourage everyone to help us send the clear message that this industry is a hugely important homegrown success story. 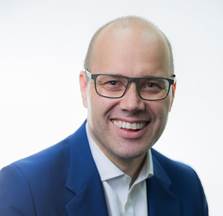 Having worked for British Sugar’s Grower Services team for three and a half years, I have spoken to thousands...

We are still waiting for a comprehensive approach to tackling obesity

I’m Managing Director of British Sugar, but I am also a busy parent so understand the challenge of making...

Farm Safety Week: A Blog from our Head of Central Agriculture

Nothing is more important to our business than the safety of everyone involved in our industry, from British Sugar...

Celebrating our successes, challenging ourselves to achieve more

International Women's Day: A blog from our Head of Advocacy and Communications

This International Women’s Day, we’re proud to celebrate the women from across our business.