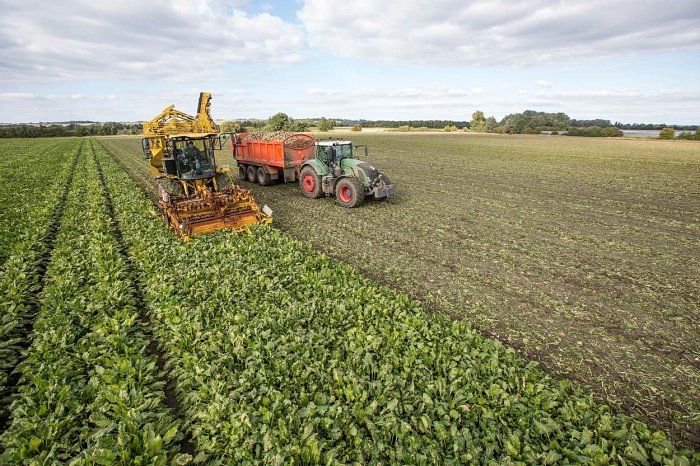 British Sugar and NFU Sugar are today announcing a series of improvements to the Industry Harvest and Haulage Scheme (IHHS). The scheme was set up by British Sugar in 2010 to provide harvesting and haulage services to sugar beet growers.

Following some concerns expressed by growers about the operation of the scheme, in 2017 British Sugar and NFU Sugar jointly funded an independent assessment of each stage of the haulier appointment process and to identify where greater transparency would benefit growers and hauliers alike.

The Douglas report has made a number of specific recommendations to improve transparency and understanding and British Sugar will now implement a number of changes ahead of the 2018/19 sugar beet campaign. The nature of these changes will be communicated to growers in due course.

NFU Sugar and British Sugar have also agreed three principles that the scheme must operate to and will now work together to make the changes.

NFU Sugar board chairman Michael Sly commented: "NFU Sugar has maintained for some time that the Industry Harvest and Haulage Scheme (IHHS) has focused on cost reduction at the expense of value to the industry.

“Talking with growers there are plenty of examples of fragmentation in the most recent campaign, which not only goes against the core aims of the Scheme, but has been a real financial and logistical burden.

“To remain competitive in the post-quota world, our industry must focus on maximising yield potential from farm to factory. I am pleased that British Sugar has committed both to implementing the 'Douglas' recommendations, and to work with NFU Sugar to make further changes necessary for it to operate against the agreed principles. Only by doing both of these things can we ensure that the IHHS will be fit for the future."

Paul Kenward, Managing Director of British Sugar commented: "I take the recommendations of the Douglas report very seriously and we are committed to implementing them. The Industry Harvest and Haulage Scheme has the potential to drive further efficiencies and yield improvements for our growers and we will continue to work with NFU Sugar to deliver a better scheme for the future."

The NFU is the voice of British farming and provides professional representation and services to its farmer and grower members.

NFU Sugar is the single entity that represents all sugar beet growers in the UK and negotiates on their collective behalf with the single processor - British Sugar Plc.

Beet deliveries towards the end of campaign

British Sugar plans to close the Bury factory on 19 February and Cantley on 7 March. Due to the...

Celebrating its 10th anniversary this year, the Sugar Industry Programme (SIP), which is jointly sponsored by British Sugar and...

Debbie Wilkinson from British Sugar’s Grower Services team has bravely taken on the challenge of shaving her head, in...

British Sugar are pleased to announce the appointment of Peter Watson as their new Agriculture Director. The appointment follows...