A positive future for the UK beet sugar industry 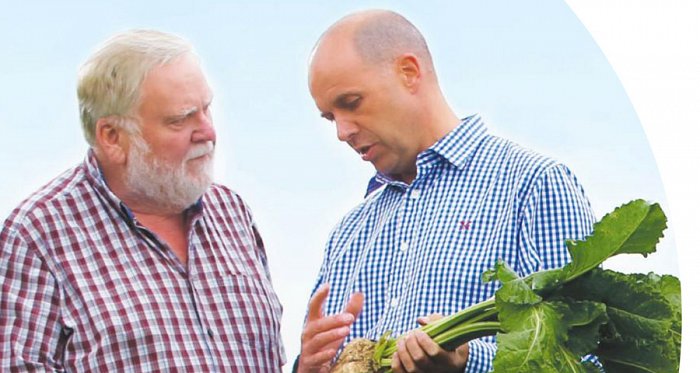 The lifting of European Union (EU) sugar quotas in October 2017 and leaving of the EU, offers exciting opportunities for great British businesses and industries, such as British Sugar and the wider UK beet sugar industry.

Speaking ahead of the National Farmers Union (NFU) conference, Paul Kenward, Managing Director of British Sugar said: “We are one of Britain’s most globally competitive industries and we are ready to work with farmers, importers and government to design a UK sugar policy that allows our world-leading domestic sugar industry to continue to thrive”.

Paul Kenward’s comments coincide with the publication of a new report ‘British Sugar: A homegrown success story’ outlining the significant contribution the UK beet sugar industry makes to the communities in which it operates. Currently, British Sugar partners with 3,500 growers, employs 1,400 people and supports a further 9,500 skilled jobs across the UK. This homegrown success story supplies 60% of the UK’s sugar market.

He continued: “Over the past 100 years we have built a world-class UK beet sugar industry, contributing to local economies and communities, and benefiting UK plc. Our investment of £250 million over the past five years has made our factories the most efficient in the world. Beet sugar yields in the UK have improved by more than 25% in the last ten years. Our focus on improving efficiency and reducing waste has led to a range of co-products. We generate enough electricity to power a city the size of Peterborough; we produce up to 70 million litres of Bioethanol annually; and used our topsoil to landscape the Olympic Park”.

Commenting on the future success of the sugar beet industry, William Martin, Chairman of NFU Sugar said: “The dismantlement of the EU Sugar regime and Brexit will present opportunities for arable farmers in the beet growing areas of the UK, but the real opportunities will come from beet growers and British Sugar working in partnership to maximize the returns from the market place in a new commercial environment”.

Applications for the 2021/22 Sugar Industry Programme are open from 1st August – 24th September.

Statement on the National Food Strategy

“We are surprised and deeply alarmed at the extraordinary level of taxation proposed on the sale of sugar in...